John Scott: First Among Many 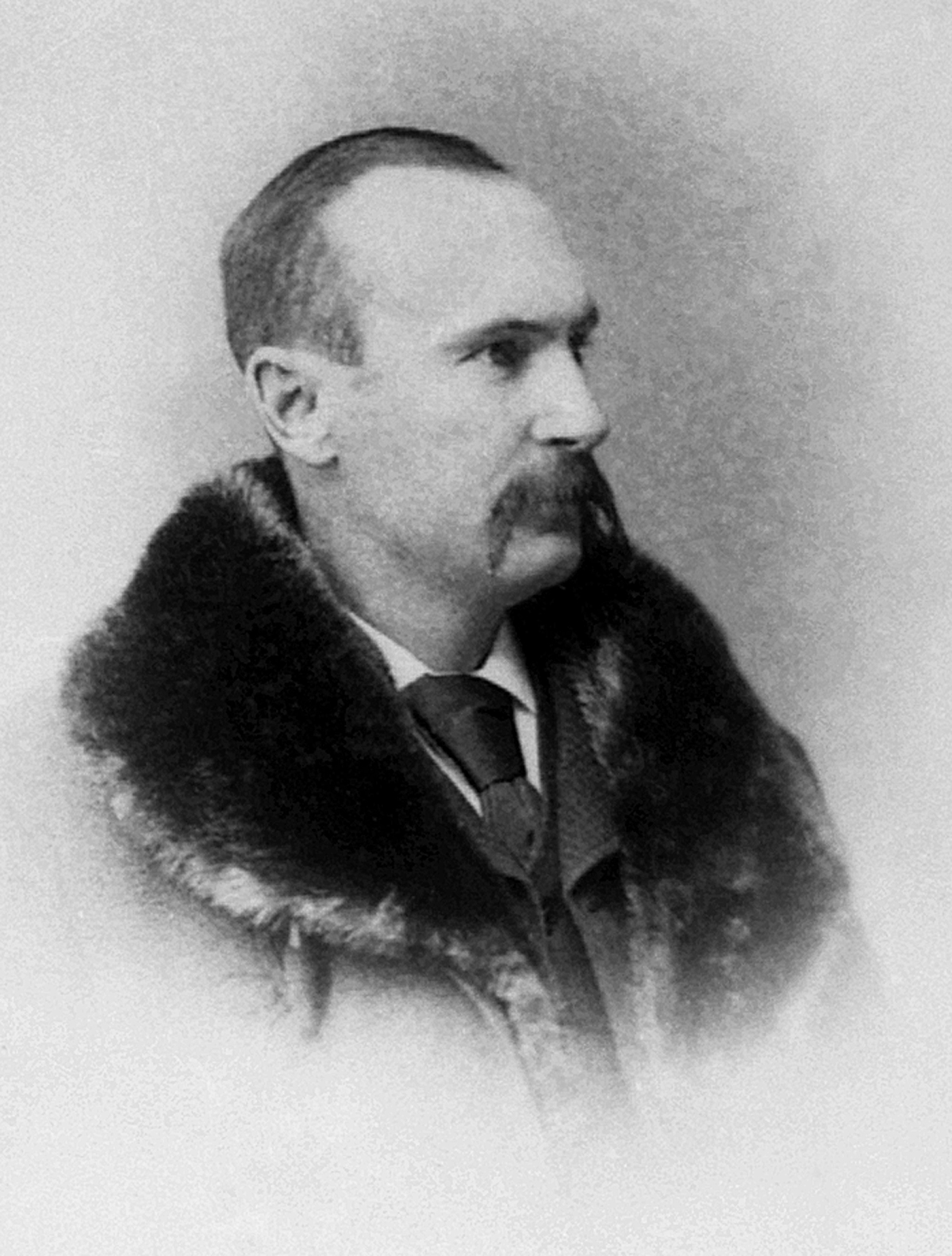 All traditions, no matter how long they last, must begin with a single moment. John Scott, the first mayor of Bytown, began a tradition which has lasted for the succeeding 170 years, in an unbroken chain down to the present. Scott, born in 1824, moved to Bytown from Toronto at the age of 18.[1] He had attended Osgoode Hall Law School in Toronto prior to his voyage east, and when he arrived in 1842 had just become a practicing lawyer.[2] Upon his arrival, he opened a law clinic near the modern St. Andrew’s Church, just off of Wellington Street, and quickly began integrating himself into the local political and social establishment.[3] Over the succeeding half-decade, he became one of the founders of the Bytown Reform Party (at the time, the Reform Party stood against the Tory establishment). He nominated the Reform candidate for Bytown in the 1844 election, and by the succeeding election, in 1847, there was talk that he himself would be the Reform candidate for the Legislative Assembly (for the united Province of Canada).[4]

END_OF_DOCUMENT_TOKEN_TO_BE_REPLACED 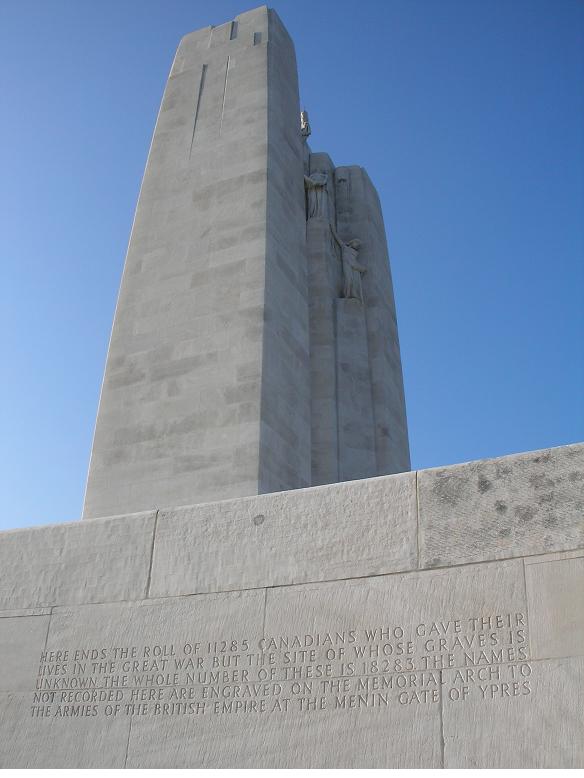 While traveling through the countryside of Northern France, one might be skeptical if informed they are standing in Canada. If one was at the battlefield sites of Vimy Ridge or Beaumont-Hamel, however, this would be the case. These memorials commemorate two battles which did more than any others to shape Canadian identity during the war. Vimy resulted in 10,500 Canadian casualties[1], but was perhaps more important than any other in creating a Canadian identity; Beaumont-Hamel nearly annihilated the Newfoundland Regiment, but exercised the same impact on (the then-independent Dominion of) Newfoundland. This newfound national identity is today well represented in the chosen design of the memorials.

END_OF_DOCUMENT_TOKEN_TO_BE_REPLACED

National War Memorial: … Of the Valley of the Shadow of Death 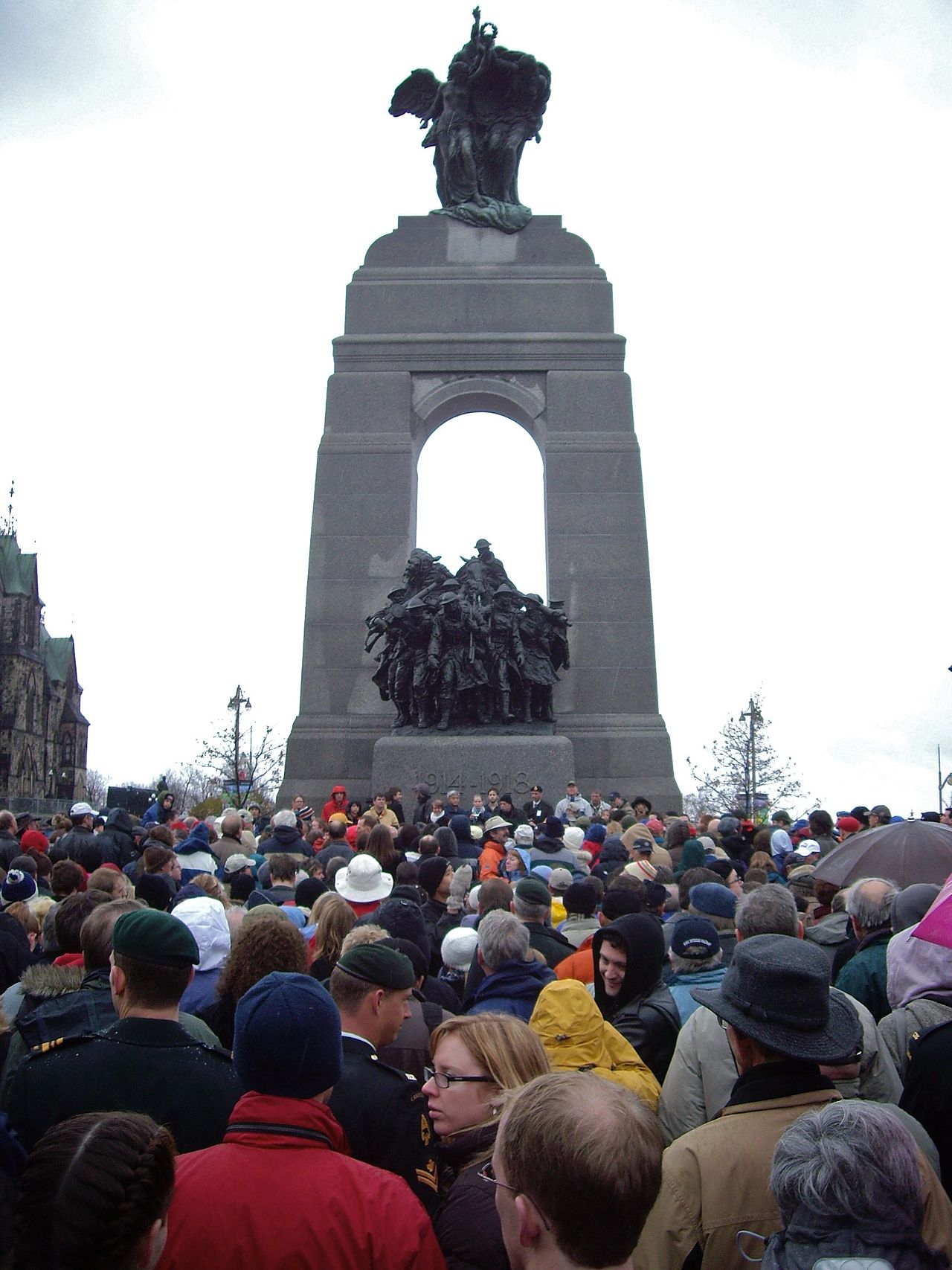 Canada’s contributions to the Allied war effort during the First World War have often been credited with bringing to life a modern sense of Canadian identity. This is not a perception which has arisen since the war; it was shared by those who lived through it. Famously, Brigadier-General Alexander Ross, who commanded the 28th Battalion at Vimy Ridge, stated of the battle “it was Canada from the Atlantic to the Pacific on parade. I thought then… that in those few minutes I witnessed the birth of a nation.”[1] In light of this, it is unsurprising that the idea of a National War Memorial was quite popular in the aftermath of the war. Though numerically Canada’s losses (61,000 dead, 172,000 wounded) were significantly smaller than many of the other nations who participated in the war, as a percentage of the population Canada’s casualties were significant (around 2.8% killed and wounded, with 0.9% killed).[2] Therefore, in 1925 an architectural competition was announced to secure a design for the proposed memorial. Under the circumstances the opposition (King’s Liberals were then in power) raised no objection save for one regarding the cost.[3]

END_OF_DOCUMENT_TOKEN_TO_BE_REPLACED 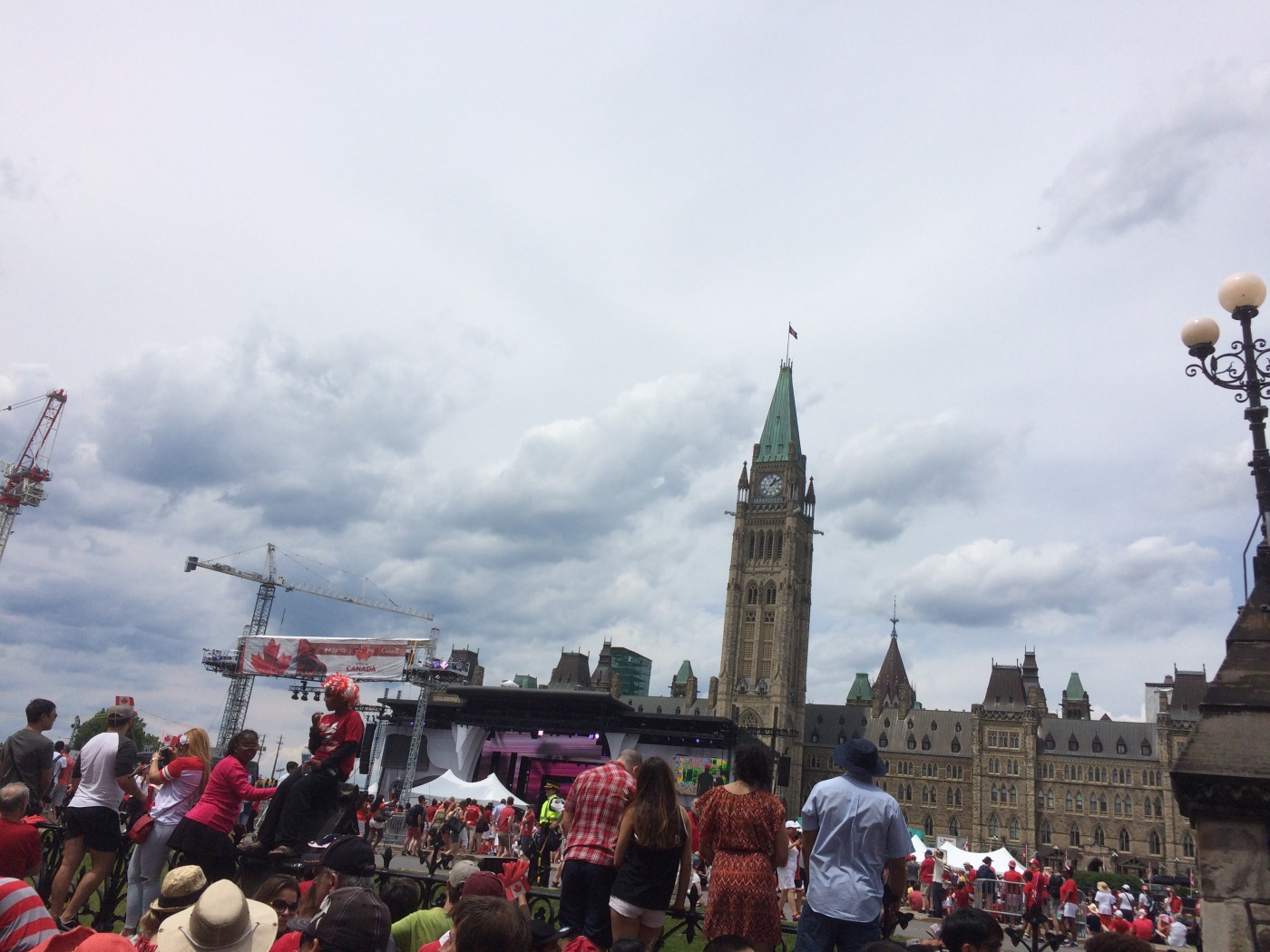 Without a doubt the most recognizable feature of modern Ottawa is the Parliament Buildings. The centre of Canadian governance both symbolically and literally, the Parliament Buildings are a beautiful addition to Ottawa’s skyline and to Parliament Hill. Once Ottawa was chosen as the capital of Canada, the government issued a call for architectural designs for the buildings; the winning designs were chosen in 1859. The firm of Thomas Fuller and Chillion Jones of Toronto won the contract for the Centre Block; another firm, Stent and Laver, won the contract for the East and West Blocks.[1] Construction officially began when the Prince of Wales, later Edward VII, visited in 1860 and laid the corner stone. As with any major construction project, the initial cost estimates quickly proved to be unrealistic. One major issue was that the proper type of stone was harder to obtain than originally believed; the original plan had been to ferry the stone over the river from Hull but this turned out to be prohibitively expensive and most of the stone was instead brought in from Nepean Township.[2] The initial cost estimate sat around 1 million dollars; by the time the buildings neared completion, three times that much had been spent.

END_OF_DOCUMENT_TOKEN_TO_BE_REPLACED 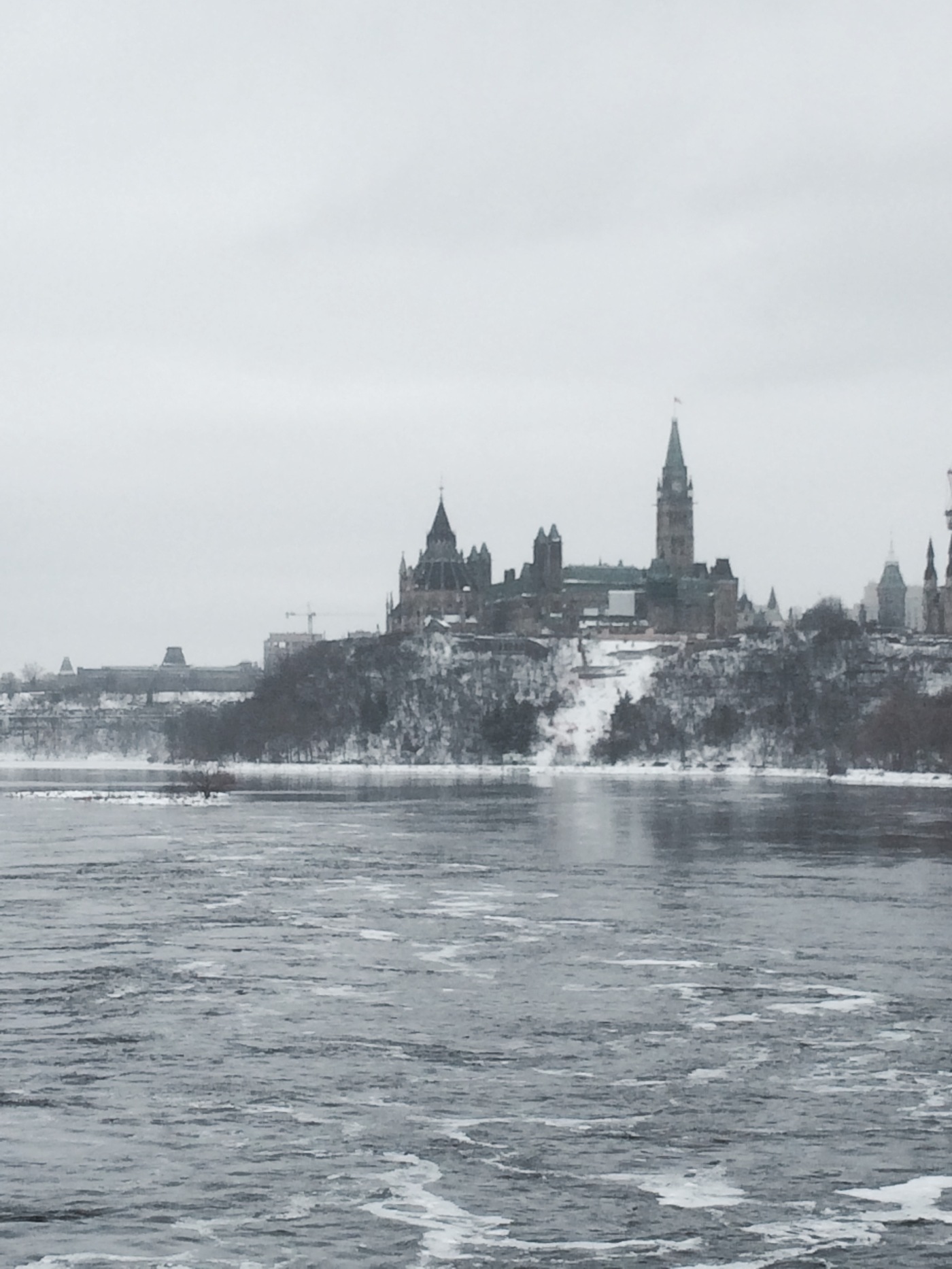 Today, with Ottawa well established as the capital of Canada, it can be difficult to believe that there was ever much debate on the issue. This would seem unlikely to the political giants of a century and a half ago; not only was the choice of capital (for the Province of Canada, not yet the Dominion) one of the most contentious issues of the day, it may well have been the most contentious issue of the decades before Confederation, save for Confederation itself. Ottawa made, at first glance, an unlikely choice; neither large nor historically prominent, cities such as Toronto, Quebec, Montreal, and even Kingston each had better claim to the role. Therefore for the two decades from the creation of the Province of Canada in 1840 to Queen Victoria finally making the choice for Canadians in December 1857, a vicious debate raged across Canada.[1]

END_OF_DOCUMENT_TOKEN_TO_BE_REPLACED

Following the declaration of war in 1939, it was felt that the next Governor General of Canada should have a martial character. To this end, the Earl of Athlone was selected. Athlone, otherwise known as Alexander Cambridge, the Prince of Teck, had actually been nominated for the position once before, in 1914; then, however, he had refused the honour so that he might serve in the First World War.[1] Now that the Second World War had begun and found him too old to serve actively, Athlone accepted the position and arrived in Canada in the spring of 1940, following the tragic death in office of Lord Tweedsmuir, his predecessor. Athlone was not just a soldier, however; he was also a member of the royal family. He had married Princess Alice, who when she died in 1981 was the final surviving granddaughter of Queen Victoria; Athlone’s sister also became Queen Mary, the consort of King George V.[2] In short, few individuals could have been better calculated to promote imperial unity in Canada.

END_OF_DOCUMENT_TOKEN_TO_BE_REPLACED

Today’s post is another audio post, this time for Lansdowne Park. Please enjoy, and let me know what you think. In 1904, a new Governor General arrived in Rideau Hall. Albert Edward Grey, the 4th Earl of Grey, was a member of the British political elite; a grandfather had been one of the sponsors of the original Reform Bill, and his father a private secretary to Prince Albert.[1] Grey was a committed imperialist at the end of the Imperial age, and spent a good portion of his reign trying to promote the Empire to the people of Canada.[2] Grey was also a warm and cheerful man, and made a favourable impression on Canadians during his many tours of the country.

END_OF_DOCUMENT_TOKEN_TO_BE_REPLACED

ByWard Market: In The Beginning 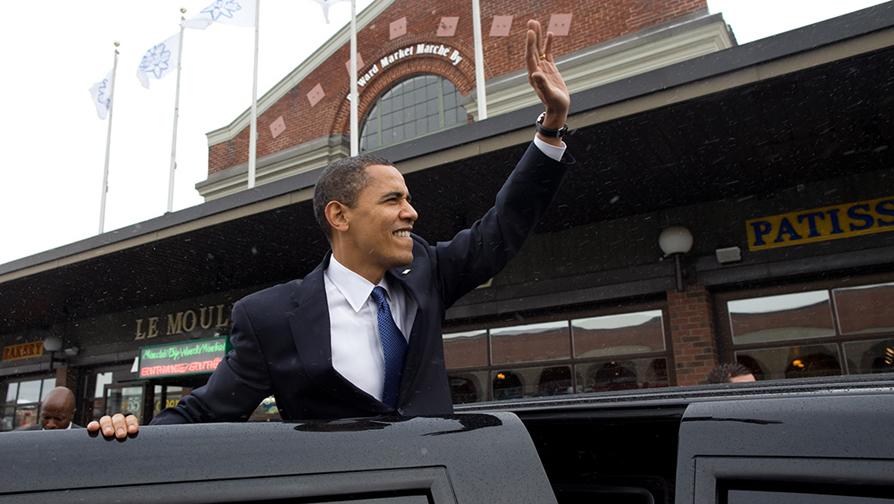 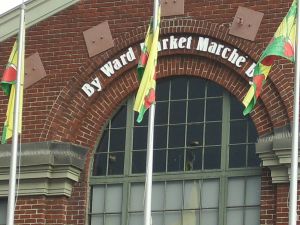 In the beginning, there was a city. Bytown in the 1840s was a rapidly growing settlement, but had not yet received the infrastructure which would allow it to expand beyond its construction-camp roots. The roads were primarily dirt (or mud, for most of the year), there was only a couple of churches, and internal commerce was practically non-existent. Into this void stepped the first Town Council of Bytown in 1847. The articles of incorporation for Bytown ensured that Lower Town (which roughly corresponds to the area of Byward Market today) held the balance of power on the council, and thus John Scott, a lawyer whose office was based in Lower Town and a strong Reformer (analogous to the later Liberal Party), became the mayor.[1] One of the first tasks faced by the new Council was establishing two markets in Bytown, one for Upper Town and one for Lower Town; this decision, however, proved unexpectedly controversial.